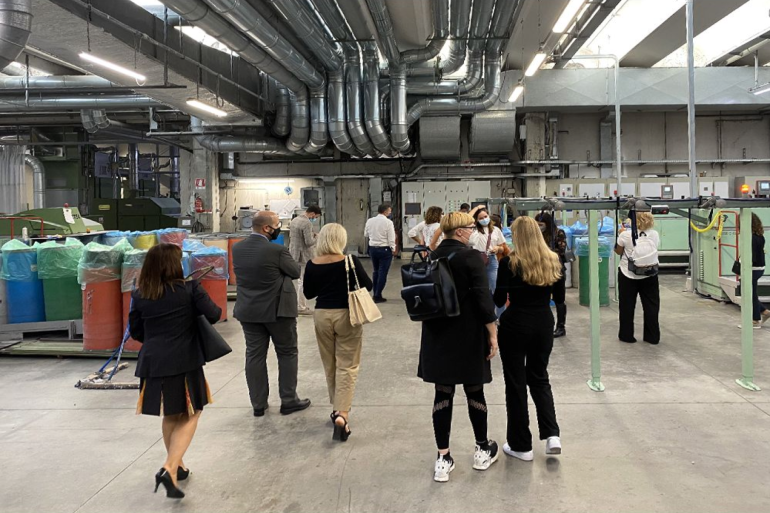 As part of TRICK’s first hybrid General Assembly, project partner Marchi & Fildi Group S.p.a hosted the consortium partners that were joining in person in Biella at their production and recycling facilities on the 22nd of September 2021. Owing to Biella’s reputation as a renowned textile district with extensive years of experience, leading Italian and international companies working in the sector have settled down there. 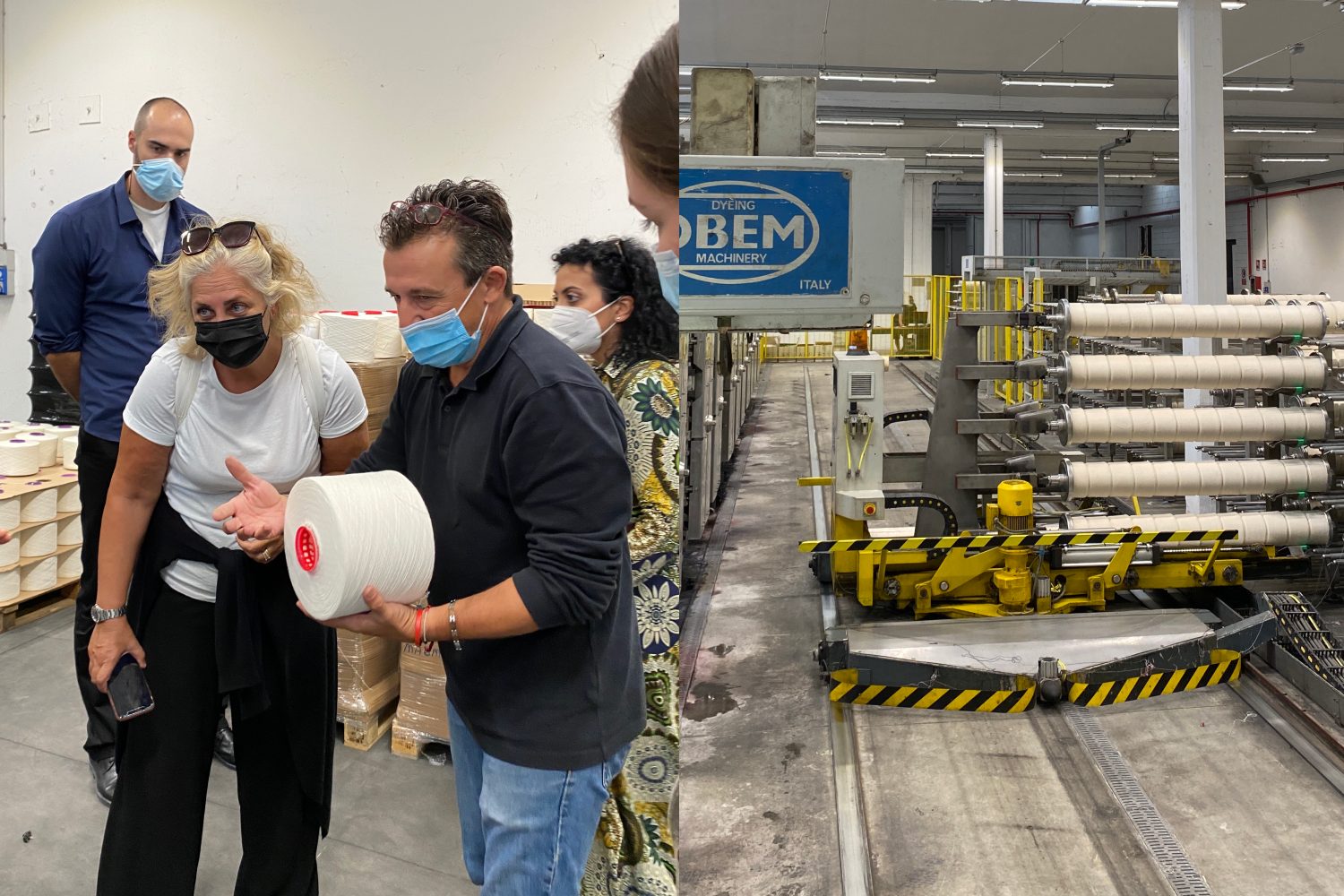 Marchi & Fildi is an international spinning group with headquarters in Italy, consisting of production facilities, dyeing on cones, research & development and yarn stores. In Biella (Italy) the partners met outside the Group’s yarn production facility where they were welcomed by the team on-site and divided into two guided groups. Within an almost two hour visit, the partners were introduced to the factory’s technological capabilities by explaining its production lifecycle and dying processes. As explained to TRICK partners on-site, “Marchi Fildi can boast a modern and innovative dyeing on cones that can achieve up to 48% water saving compared to a conventional dyeing”. Aiming to lower the dyehouse environmental impact, the entire plant was renovated in 2018.

The partners also got the chance to visit the ITS TAM laboratory that is hosted in Marchi & Fildi’s facility in Magnonevolo. TAM (Tessile Abbigliamento Moda), a higher technical institute (ITS) which specialises in technology and innovation processes for the production industry, trains young professionals over the course of a two-year programme in the production processes of the entire textile chain. “Marchi & Fildi’s close relationship with TAM has brought about two laboratories consisting of a confection and a knitting laboratory”, allowing the students to learn and carry on their studies in the very heart of a textile company while being in close contact with industry professionals. 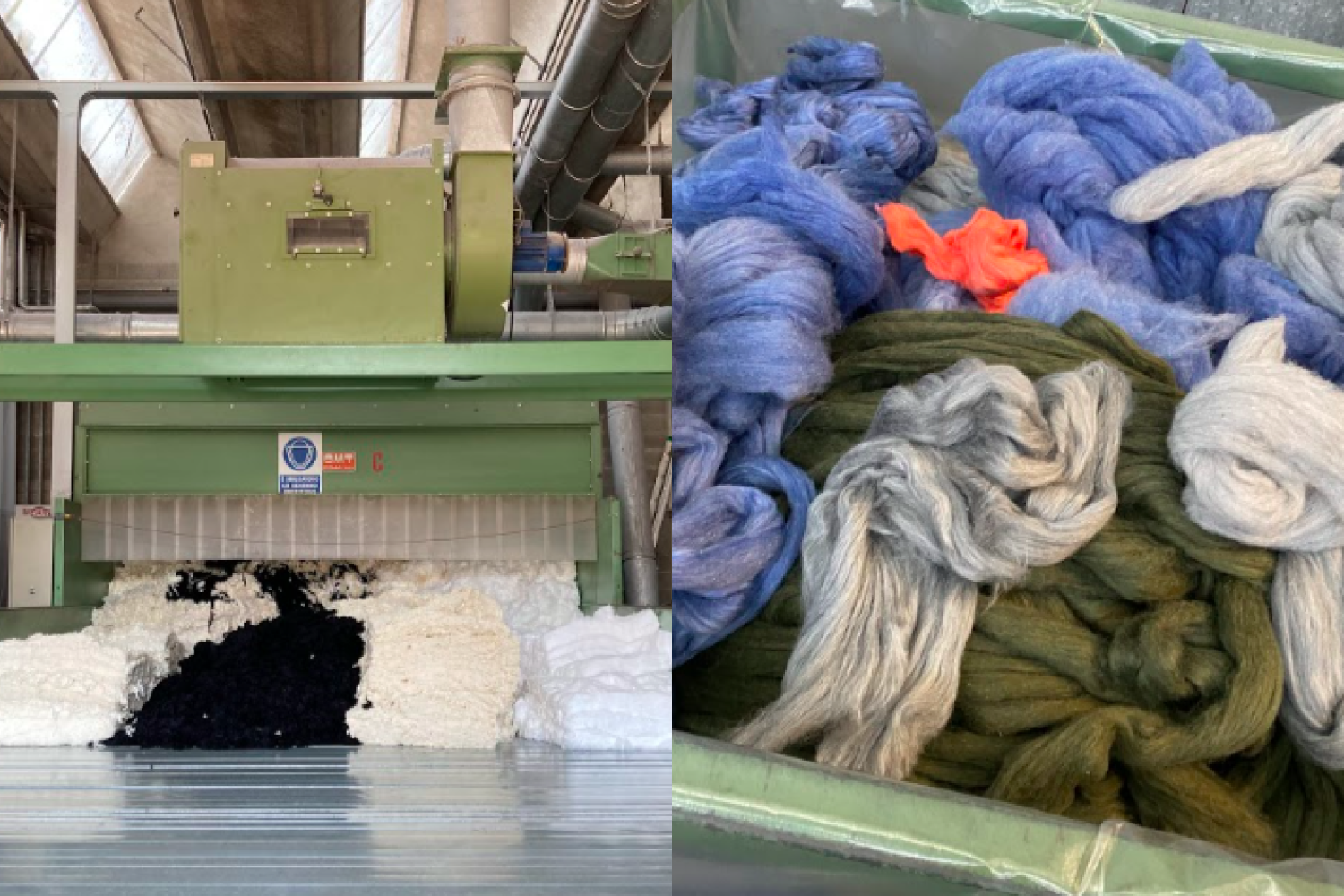 Afterwards, the partners drove to the Group’s spinning plant, which is located in Biella. There, the TRICK consortium was shown the important example of total recycling of production scrap in a pilot plant, lowering the environmental impact of all new yarns produced by using Marchi & Fildi’s exclusively developed ECOTEC® innovation process. Visit the following link to find out more about their sustainability certifications https://www.marchifildi.com/sustainability/.

The TRICK consortium would like to express their gratitude to Marchi & Fildi Group S.p.a for introducing their production facilities to them and answering all the questions that arose. The visit strengthened the conversation between partners on technical details for traceability solutions, which will be taken on during the duration of the TRICK project by developing a complete, reliable, SME-affordable and standardised platform for data collection, secured by Blockchain.